Overview of the Arctic

Spanning more than 11 million acres, the Arctic is a unique territory located at the northernmost part of Earth. It consists of eight states: Canada, Denmark (Greenland and Faroe Islands), Finland, Iceland, Norway, Russia, Sweden, and the United States. Read on to learn more about its ecosystem, indigenous peoples, governance, threats, and global importance. 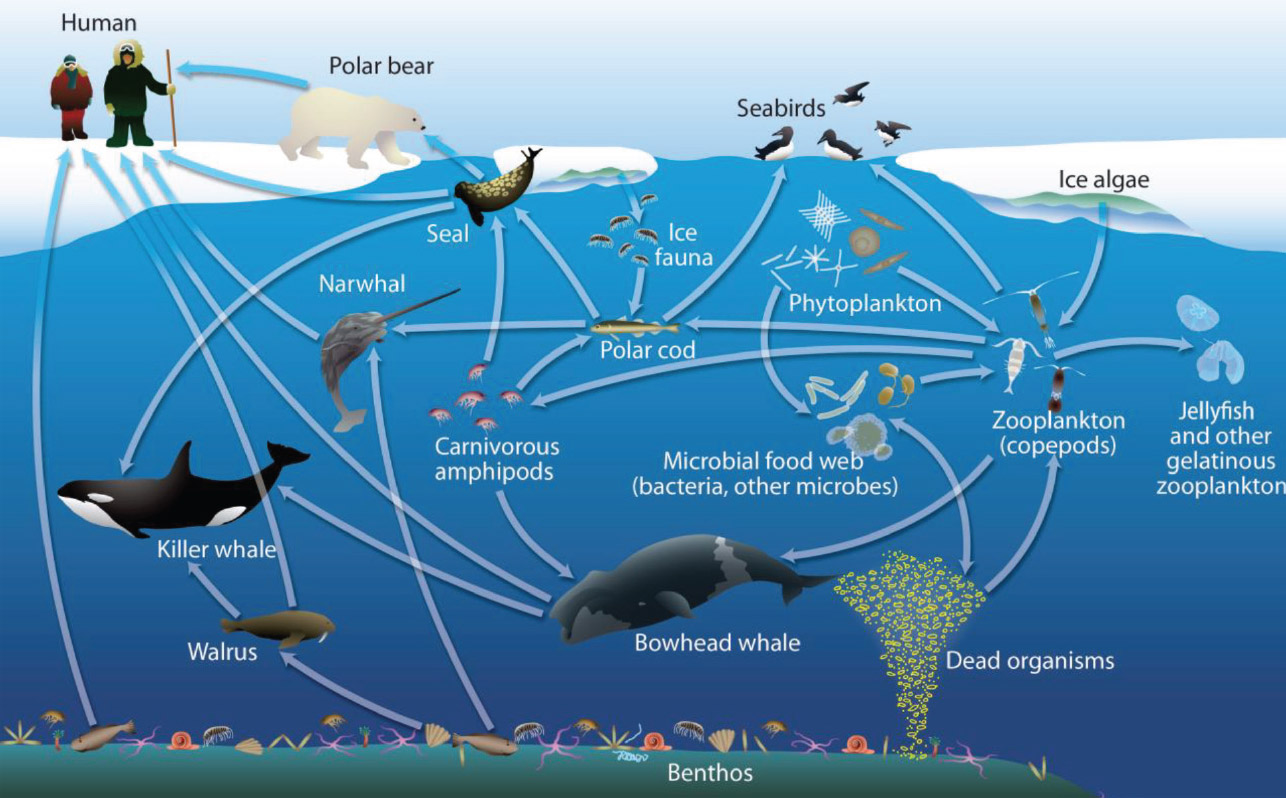 The Tundra’s Natural State of Connection

The Arctic is a beautiful, vast place with a one-of-a-kind ecosystem that is delicate and susceptible to many threats. An ecosystem contains living organisms and the nonliving aspects of their environment. The Arctic ecosystem includes about 500,000 indigenous peoples and many rare animals that exist as part of a simplified food web, which is especially sensitive to changes and less able to accommodate them when they occur. Polar bears, seals, narwhals, killer whales, caribou, walruses, white fox, and polar cod are just some of the species that consider the Arctic home. There are approximately 300 seabird species worldwide, and 30 of those breed in the Arctic. The region is marked by the presence of seasonal sea ice and perennial or multiyear sea ice (ice that has not melted from season to season). Glaciers drift silently through cold, virtually untouched waters. Brilliant northern lights emit a colorful glow across the sky. It’s believed that the Arctic contains many sought-after, untapped natural resources. Scientists estimate the region may hold about 13 percent of the world’s undiscovered oil and 30 percent of its natural gas.¹ The declining state of the Arctic’s ecosystem showcases the urgent need for coordinated, forward-thinking governance and oversight that prioritizes efforts to stop global warming. 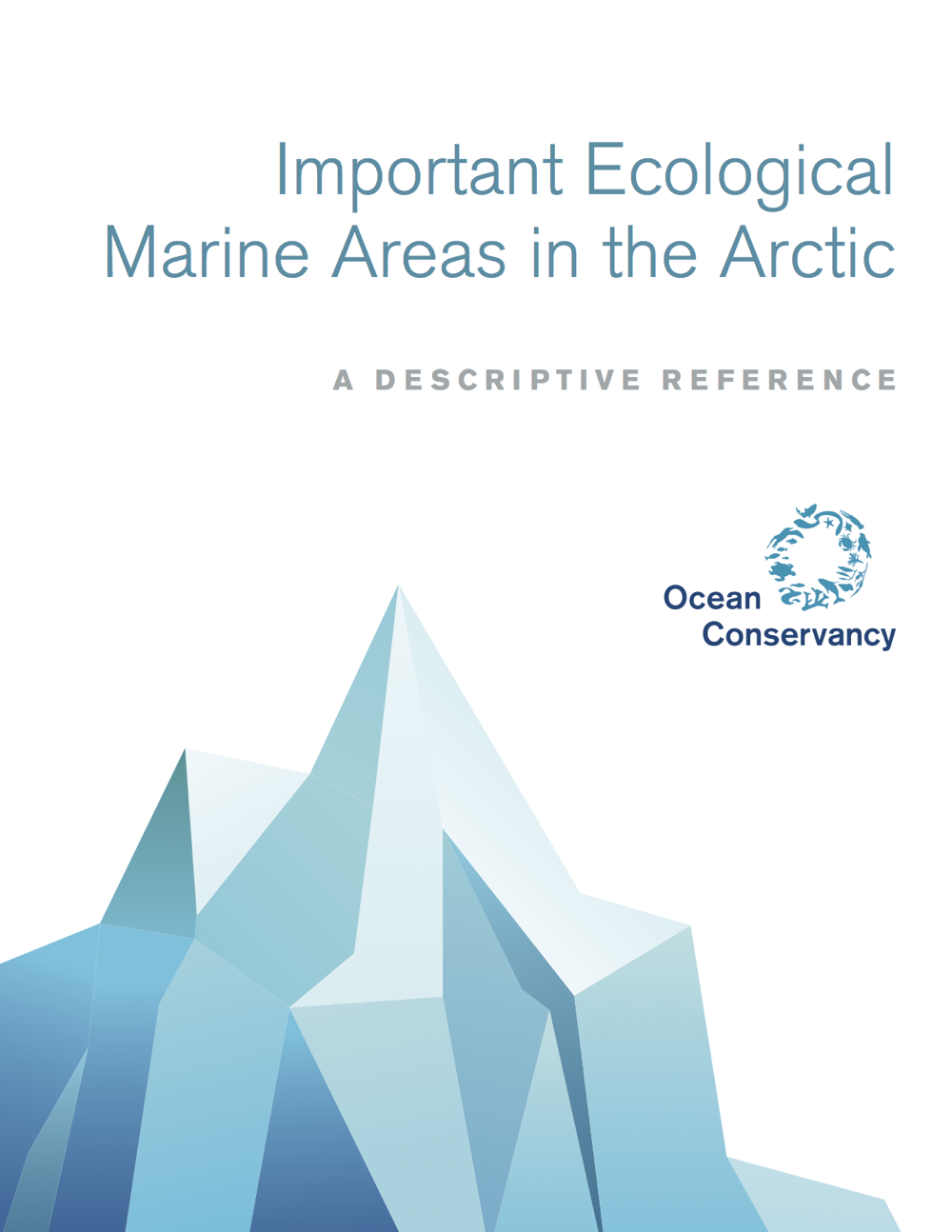 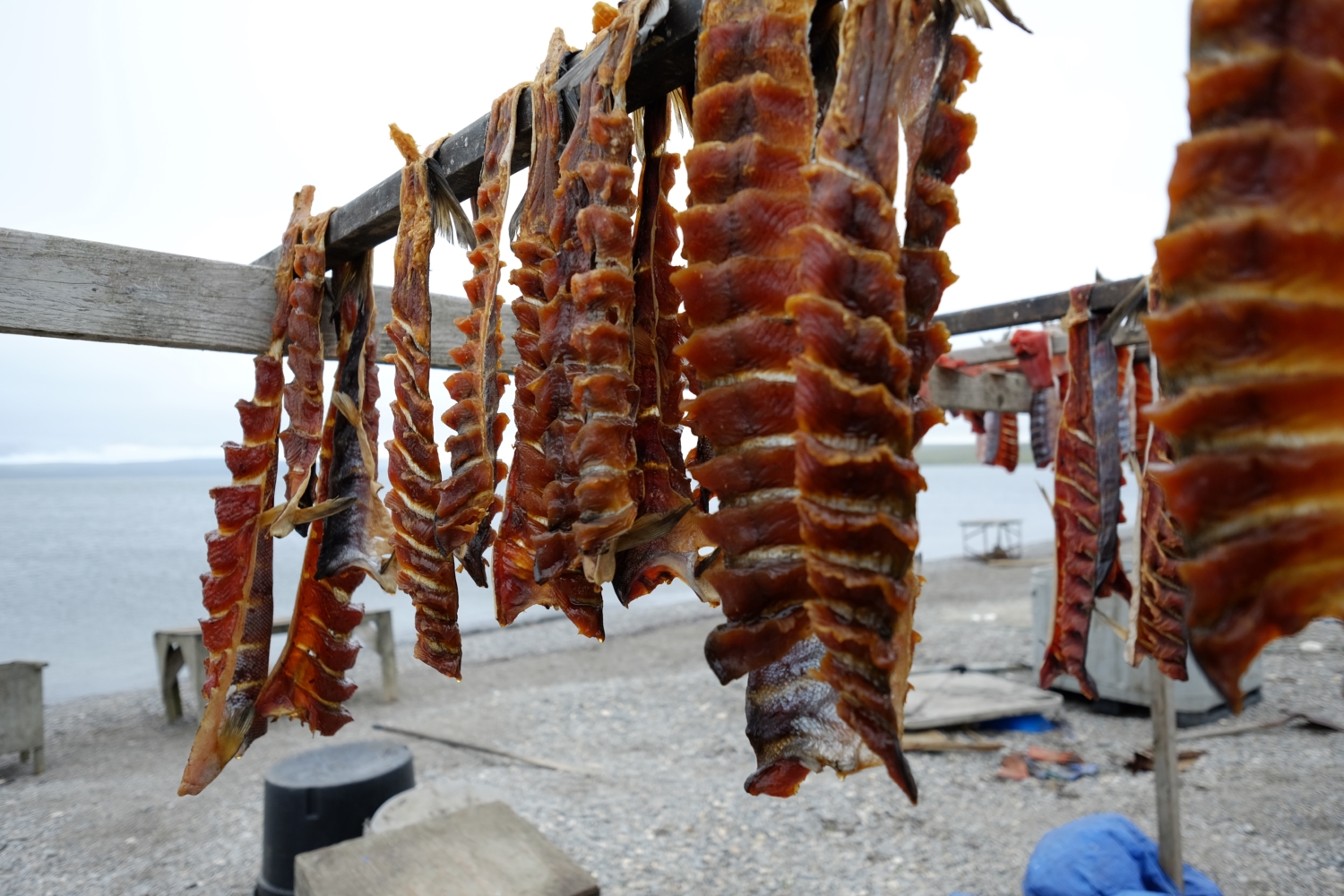 Authentic Cultures of the Coldest Frontier

Arctic indigenous peoples are represented as Permanent Participants at the Arctic Council by a Russian collective and Athabaskan, Aleut, Gwich'in, Inuit, and Saami organizations. Indigenous traditions in the Arctic have been practiced for thousands of years. Most uphold a subsistence way of life that involves engaging in traditional hunting practices and we are often reminded that the long-term survival of Arctic indigenous peoples is inherently intertwined with the conservation of the Arctic ecosystem. Athabaskan peoples reside in Alaska and the Yukon Territory and northwest territories of Canada. Staples of Athabaskan life are caribou, moose, beavers, rabbits and fish.¹ Collectively, the Arctic Athabaskan peoples share 23 distinct languages.¹ Aleut peoples live in Alaska and Russia. They are also referred to as the "Unangan.” Most speak English and Russian. Traditional Aluet diets revolve around fish (salmon, crabs, shellfish and cod) and sea mammals such as seals, walruses and whales. Gwich'in and Inuit peoples inhabit Alaska and Canada. Approximately 9,000 Gwich’in live in 15 small communities, and the Gwich'in life has traditionally been based on the Porcupine Caribou herd.² The Inuit’s well-being has been connected to the rich resources of the Bering Sea for millennia.¹ Saami peoples occupy parts of Norway, Sweden, Finland and Russia. They have practiced reindeer herding for centuries. To learn more about these cultures, and the wealth of diverse communities in Russia, click on the links below. 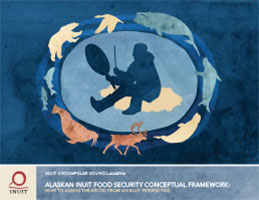 Russian Association of Indigenous Peoples of the North 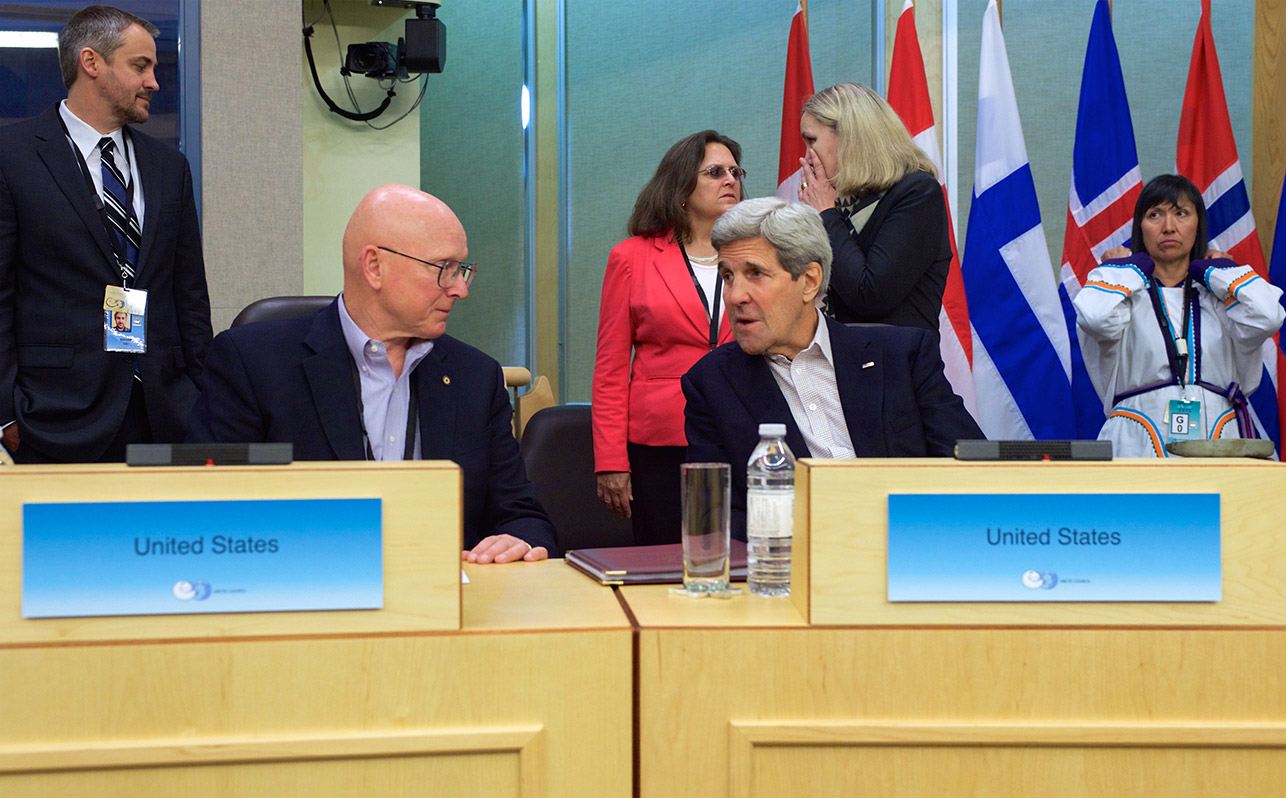 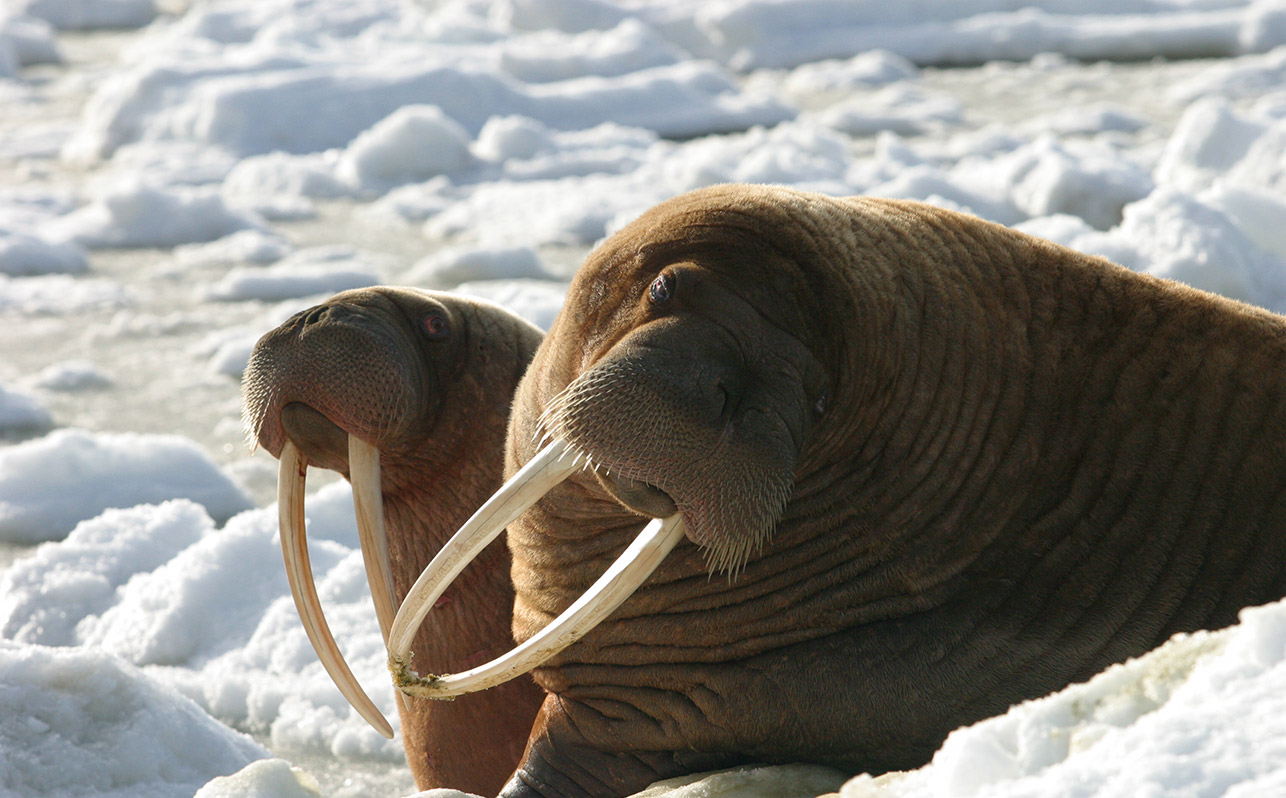 Global warming is the primary threat to the Arctic and is already taking a dangerous toll on the ecosystem. The effects of climate change are complex, far-reaching and potentially irreversible. Some of these effects include disappearing sea ice, associated shifts in animal populations, rising water temperatures, the declining health of indigenous peoples, and new and increasingly valued shipping routes through previously inaccessible and undisturbed waters. Ice loss is the most obvious result of global warming. If ice loss from climate change continues at recently measured rates, the Arctic Ocean will be ice-free by 2030.¹ This is deeply concerning for many reasons. Ice provides natural hunting grounds to animals like polar bears, which are forced to modify their feeding habits when ice isn’t present. This causes dramatic and potentially devastating shifts in the Arctic’s simplified food web. Less sea ice also means rising water temperatures. When sea ice is abundant, it reflects as much as 90 percent of the sun’s light and heat back into space.² However, the dark waters left by melting ice absorb most of the sun’s heat and light.² The warming of the water causes even more ice to melt.² Changing ocean temperatures and air temperatures will affect marine life, reduce snow cover, and lead to an increase in precipitation and storminess.¹ Climate change and globalization are affecting the health of Arctic indigenous peoples. Recent assessments note, “Arctic communities face different health-related challenges [that arise from] new insects moving north, water borne diseases (due to changes in temperature), and environment pollutants.”³ Indigenous peoples are becoming more susceptible to heart diseases and obesity as a result of abandoning their traditional diets due to shifts in the availability of food sources. Even the structures in which many indigenous peoples live are at risk, because permafrost (the layer of frozen soil that underlies much of the land in the Arctic) is melting and causing the ground to shift and sink.³ Shipping operations and other industrial activities (like oil drilling and seismic surveys) disrupt the Arctic’s quiet waters, which allow for marine animal communication and therefore survival. Sound serves critical biological functions for whales, pinnipeds and some fish. Additionally, mishaps such as oil spills can occur and pose serious threats to the ecosystem. As noted by physicist and research scientist Richard Sale, “High winds, icebergs, and lack of sunlight during the winter could easily compromise an operation. If a spill were to occur, these same factors would make it difficult to contain the damage.”¹ 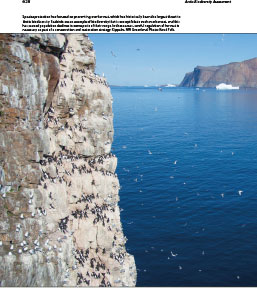 A look into area-based management in a rapid changing Arctic